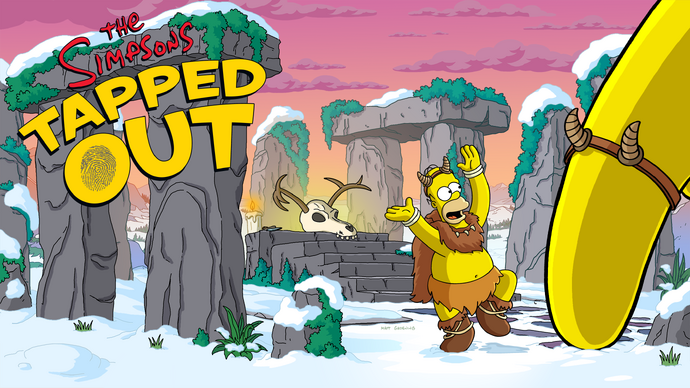 Unlike most recent major events, it was divided into 2 acts:

On December 13, Gil offered a new deal, the Pagan Simpsons Promo for 170 donuts.

During the whole event, you can send Springfielders to work at Cletus's Farm, Willie's Shack, Springfield Library and Moe's Tavern to earn offerings you exchange at the Springfield Henge in exchange for gifts from the gods.

In addition there will spawn random Pagans in your town. When tapped, these characters will disappear and drop antlers and rune stones.

The currency for the event is Antlers, Brooches, Runestones, Catnip, Carved Figurines, Books of Shadows, Chicken Fingers and Guilt Dust. Antlers is the prize currency for unlocking the Act 1 Prizes, Brooches for the Act 2 Prizes. While Runestones is the main crafting currency. Both Catnip and Carved Figurines can be obtained by sending springfielders to work, and can later be exchanged for Antlers and Runestones and other prizes. Books of Shadows and Chicken Fingers replace them for Act 2.

The gnome will leave his box every 4 hours and run around your town. This mini game let you tap the gnome for a short duration of time, to gather loot that can be used in exchange for gifts or upgrade the actual Gnome Box.

The Gnome Box has 15 levels you can upgrade to get more loots for each mini game.

You can also capture a neighbor's gnome, but this is limited to one neighbor per day (resets at 8 AM GMT).

During the event some of the returning content was offered with a rebate.

As it happens with some major events, players are able to get bonus Donuts once they had unlocked the last prize in the current prize track. Every 5100 Antlers and 5400 Brooches, they are presented with 3 boxes containing either one, two or three Donuts. The boxes works the same as the ones from the Where's Maggie? Minigame, with players having to spend 150,000 Cash to open another box.

Player may craft prizes at the Lumber Mill using Runestones. Almost identical to the Treehouse of Horror XXVII Event, the player can level up their crafting level in order to unlock more prizes. Crafting a prize contributes to the total amount of Runestones needed to reach the next level. Prize track currency is rewarded for crafting each item, on an amount depending on the item itself. 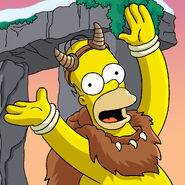 The event guide.
Add a photo to this gallery
Retrieved from "https://simpsonstappedout.fandom.com/wiki/Winter_2016_Event?oldid=241575"
Community content is available under CC-BY-SA unless otherwise noted.