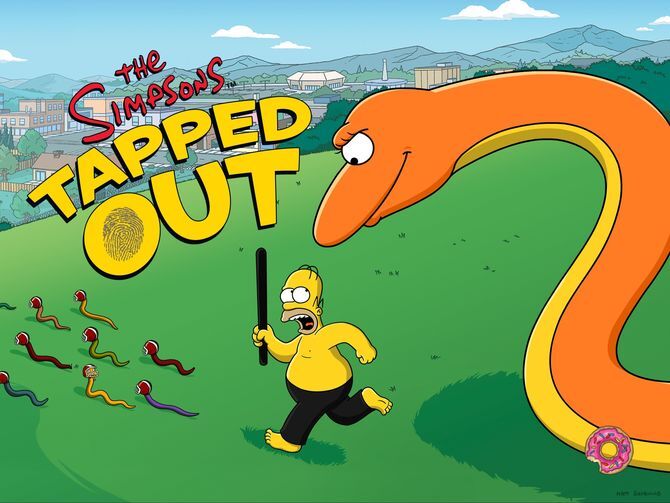 The Whacking Day 2013 Event was the fourth major event to take place in The Simpsons: Tapped Out. It started on April 10, 2013 and ended on May 16, 2013, after being extended by a week from its earlier planned end date of May 9, 2013. Some of the new features which were in the event can be found below. The Whacking Day Event was only available for players Level 5 and over.

The Player had to whack snakes, which appeared in their town, in order to get the new currency of Snakes, which could be collected to earn rewards, or Snake Eggs, which could be placed in friends' towns and hatched by them when they next logged in. There was a 1% chance that a Snake Egg would contain a donut. Otherwise tapping it would release another snake into the person's town. When the Player redeemed rewards, Snakes did not decrease in the Player's account and the Snake balance was continuous.

An event for Whacking Day had been planned since the game's launch, but due to the number of complaints due to game bugs and the App Store removal, the Whacking Day Event for 2012 could not go ahead.

Along with all of the new content, game upgrades were added too. An option to turn on a 'Confirm Donut Spend' box was added, as well as tick-boxes when clicking on the info for unlocking buildings or decorations. Another major feature was the ability to watch cutscenes from the game, including the introduction, building Bart's Tree House, sending Homer back home and building Moe's. Also, when visiting friends with Origin, they would no longer appear in alphabetical order, and would appear randomly every time you click on the neighbors screen. This is most likely because people complained that if their Origin username began with a 'y' or a 'z' they did not get visited very much as they were always at the end of the list. Despite this, the alphabetical listing was reinstated with the Valentine's Day Event in February 2014.

Below is a list of all the new content included in the original Whacking Day Event on April 10, 2013. Please note that after the event, some of the items listed are no longer available:

A screenshot of a player who has collected 22500 snakes.

The app icon during the Whacking Day event. 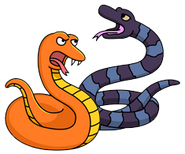 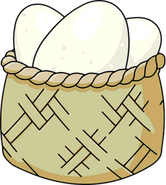 Snake Eggs.
Add a photo to this gallery

Retrieved from "https://simpsonstappedout.fandom.com/wiki/Whacking_Day_2013_Event?oldid=244565"
Community content is available under CC-BY-SA unless otherwise noted.