Voodoo Queen is a limited-time premium character that was released on November 4, 2018, during Act 3 of the Treehouse of Horror XXIX Event. She is unlocked upon the completion of the Voodoo, Hexes & Curses. 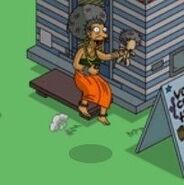 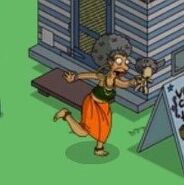 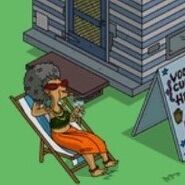 Voodoo Queen Enjoying a Day Off (1). 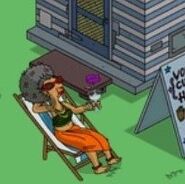 Voodoo Queen Enjoying a Day Off (2).
Add a photo to this gallery
Retrieved from "https://simpsonstappedout.fandom.com/wiki/Voodoo_Queen?oldid=255938"
Community content is available under CC-BY-SA unless otherwise noted.