Holidays of Future Past 2020 Event

Holidays of Future Past Pt. 4

The Ultranet of Things

The Ultranet is a limited-time building that was released on January 15, 2020, as part of the Holidays of Future Past 2020 Event. It was the fourth prize to be won in the event.

Ultranet is a system that is a clear descendent of the contemporary internet. It was developed sometime before 2041. The system allows those to "plug in", meaning have a jack inserted on their neck, to enter. The user's body is unconscious for this moment. 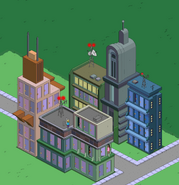 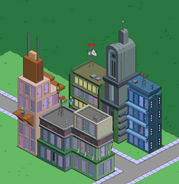 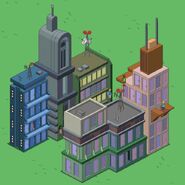 Ultranet's animation flipped.
Add a photo to this gallery
Retrieved from "https://simpsonstappedout.fandom.com/wiki/Ultranet?oldid=242372"
Community content is available under CC-BY-SA unless otherwise noted.