It'll Take an Act of Congress

Passing Bills No One Ever Reads

The U.S. Capitol Building is a limited-time premium building that was released on January 3, 2018, as part of The Buck Stops Here 2018 Event. Upon completion, It'll Take an Act of Congress quest starts. 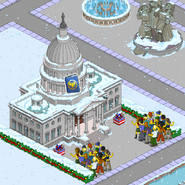 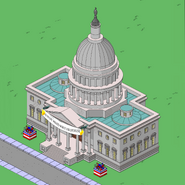 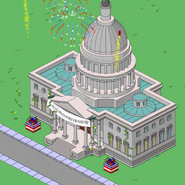 U.S. Capitol Building being placed with fireworks.
Add a photo to this gallery
Retrieved from "https://simpsonstappedout.fandom.com/wiki/U.S._Capitol_Building?oldid=252324"
Community content is available under CC-BY-SA unless otherwise noted.