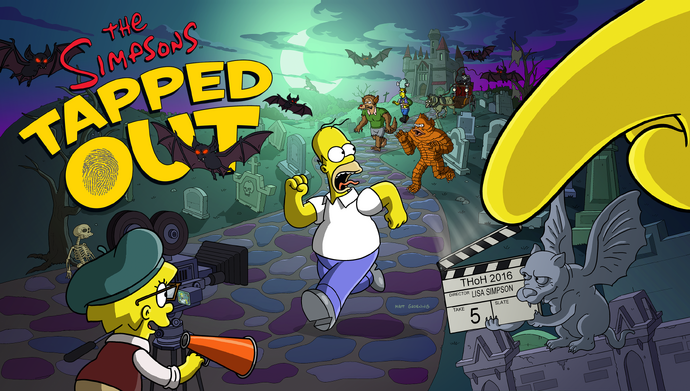 Like most other major events, it was divided into three acts

As it happens with some major events, players were able to get bonus Donuts once they had unlocked the last prize in the current prize track. Every 2800 Film, 4000 Clapboards, and 4700 Megaphones, they were presented with 3 boxes containing either one, two or three Donuts. The boxes worked the same as the ones from the Where's Maggie? Minigame, with players having to spend 150,000 Cash to open another box.

Player may craft prizes at the Construction Yard using Obols. Similar to the SciFi 2016 Event, the player can level up their crafting level in order to unlock more prizes. Crafting a prize contributes to the total amount of Obols needed to reach the next level. MAG Points are rewarded for crafting each item introduced together with the event, with a limit depending on the item.

Once the quest Monster Candy is completed, several youngsters can send on Trick-or-Treat jobs. All jobs last 4 hours, all characters earn 2 Obols per job, as well as prize track currency, premium characters get 40, and regular characters 30. The allowed characters are shown in the table below together with their requirements (if applicable). 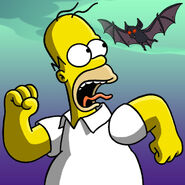 The event's panel in the store.

MAG Office with fighters available to select to fight monsters. 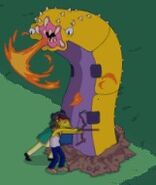 Monster Battle screen with both available slots filled to fight a yellow bonus monster
Add a photo to this gallery
Retrieved from "https://simpsonstappedout.fandom.com/wiki/Treehouse_of_Horror_XXVII_Event?oldid=193128"
Community content is available under CC-BY-SA unless otherwise noted.