The Serfsons Promotional was the thirtieth promotion for The Simpsons: Tapped Out. It was released on September 27, 2017 and ended on October 2, 2017. Players had until November 2, 2017 to complete its main questline.

In a magical medieval world, Marge's Mother is turned into an Ice Walker, and the only way for Homer to afford the cure is to force Lisa to use illegal magic. When the King discovers this, he kidnaps Lisa, and Homer must lead a feudal uprising to save her. 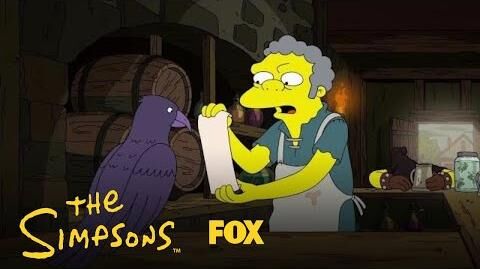 Retrieved from "https://simpsonstappedout.fandom.com/wiki/The_Serfsons_Promotional?oldid=219710"
Community content is available under CC-BY-SA unless otherwise noted.