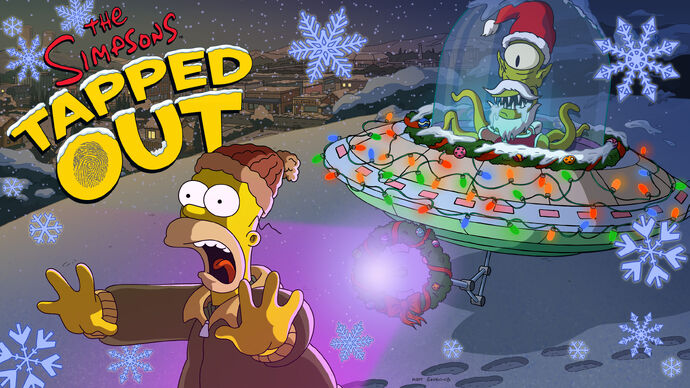 Unlike most recent major events, it is divided into 2 acts:

Players may craft prizes at Jesus' Carpentry Shop using Magical 2x4s. Similar to most recent events' the player can level up their crafting level in order to unlock more prizes. Crafting a prize contributes to the total amount of Magical 2x4s needed to reach the next level. 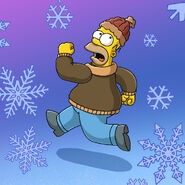 The Invasion Before Christmas Event Guide

The Store Icon for the event.

The Store icon for the Holiday Bazaar.
Add a photo to this gallery
Retrieved from "https://simpsonstappedout.fandom.com/wiki/The_Invasion_Before_Christmas_2017_Event?oldid=228610"
Community content is available under CC-BY-SA unless otherwise noted.