Mr. Burns tries to relive his glory days and crosses paths with a mysterious music mogul. After getting conned by him and reduced to bankruptcy, Burns seeks revenge on the Music Producer with the help of Homer, Bart, rapper Jazzy James and the mogul's ex-wife, Praline. Also, Lisa is courted by the richest kid in town, Smithers begins a perilous journey and Marge opens an obscure boutique store. 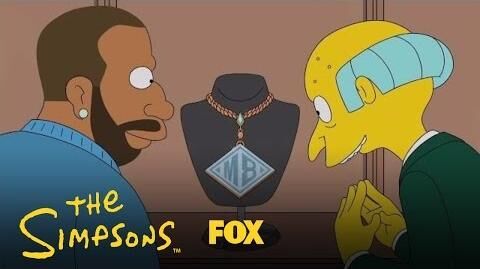 Retrieved from "https://simpsonstappedout.fandom.com/wiki/The_Great_Phatsby_Promotional?oldid=225280"
Community content is available under CC-BY-SA unless otherwise noted.