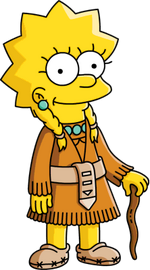 Below is a list of all the new content that was included in the 2013 Thanksgiving Event. Please note that, with the exception of the Mayflower, all of these items left the store upon the completion of this event.

The following items returned from the previous Thanksgiving event:

Stampy Parade Balloon.
Add a photo to this gallery
Retrieved from "https://simpsonstappedout.fandom.com/wiki/Thanksgiving_2013_Event?oldid=244564"
Community content is available under CC-BY-SA unless otherwise noted.