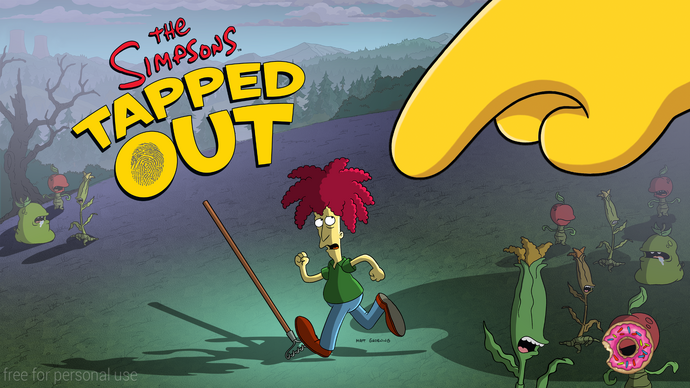 The Terwilligers 2015 Event was the fourteenth major event and the seventy-eighth content update to be released for The Simpsons: Tapped Out. It was released to all players on April 14, 2015, shortly after the conclusion of the Superheroes 2015 Event. It ended on May 27, 2015. The event added new characters, decorations, costumes, buildings and consumable. This event was also combining elements from previous events such as prizes, crafting, daily tasks and upgrades.

The event was divided in three different Acts. The Acts were scheduled as following:

The event saluted the come back to Springfield of Sideshow Bob’s brother, Cecil Terwilliger to make amends. Act One started with Cecil's Redemption questline. The player then had to build Monsarno Research and upgraded it. He also had to deal with Cecil's Tasks on a daily basis. Not having enough, Mutant Vegetables, Mutant Seeds and Bob Clones were invading Springfields. Finally, after completion of each act's questlines, he was able to perform Random Tasks that regulary popped up to earn more of the event's currencies.

Through the Event, the player had to collect Spades (Act 1), Gas Masks (Act 2) and Music Notes (Act 3) in order to unlock the personal prizes. Fertilizer and Corn (All event), DNA (Act 2 & 3) and Theatre Masks (Act 3) were currency used to upgrade the Monsarno Research Campus, the Herbicide Squirter and the Outdoor Opera Stage as well as to craft new items such as characters, decorations and buildings.

Once again, when the player had collected all the prizes of the current Act, every 3000 Spades, Gas Masks and Music Notes, they were presented with 3 boxes containing either one, two or three Donuts. The boxes worked similar to the ones from the Bonus Levels. However instead of the usual 50 000 Cash, players had to spend 150 000 Cash to open another box.

The super bonuses had their own quests indicating how much currency the player still had to earn until they reached the next bonus Donut boxes.

The event reintroduced the possibility to craft items, which was already available during the Treehouse of Horror XXV Event and the Superheroes Event. Items could be crafted throughout the whole event once they were available and weren't limited to a speific Act. However some of the items required the player to have progressed to a certain point in the event.

A list of a craftable items along with their prices and requirements can be found below. The items from the second tab were only available, if the player didn't have them yet from the prize tracks!

Add a photo to this gallery
Retrieved from "https://simpsonstappedout.fandom.com/wiki/Terwilligers_2015_Event?oldid=219768"
Community content is available under CC-BY-SA unless otherwise noted.