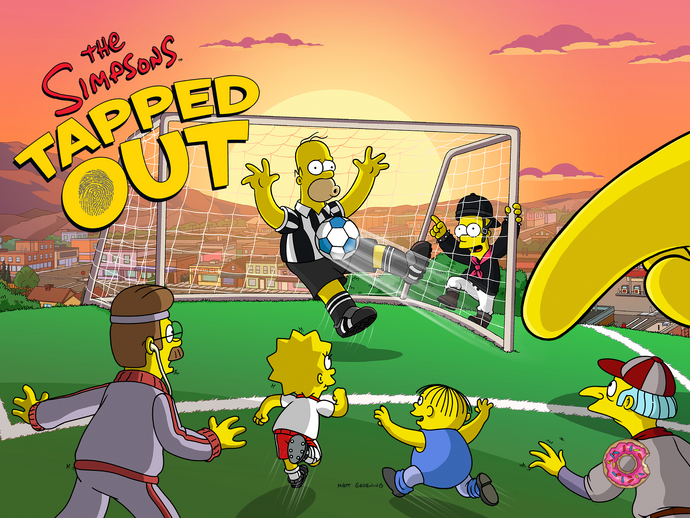 The Tap Ball 2015 Event was the fifteenth major event to be released for The Simpsons: Tapped Out. It was released to all players on June 23, 2015, almost a month after the conclusion of the Terwilligers 2015 Event, and it ended on July 21, 2015. The event added new characters, decorations, costumes, buildings and consumable. This event was also combining elements from previous events such as prizes, crafting, daily tasks and upgrades.

The event was divided in three different Acts and the Soccer Cup 2015. The four parts were scheduled as following:

Progressing through the Meet My Trophy Life launched the Event. The player then had to build the Grass Field and the Stadium Entrance in order to be able to play Tap Ball. They also had to deal with Daily Training's Tasks and Sports Fans which were visiting Springfields.

Through the event, the player had to collect Foam Fingers (Act 1), Hats (Act 2) and Pennants (Act 3) in order to unlock the personal prizes. Amateur Bucks were currency used to upgrade the Tap Ball Players and to craft new items at the Amateur Shop.

Many quests were introduced during the event. See the table below for a detailed list:

The Soccer Cup 2015 lasted only five days and had a short quest called The Perfect Pitch. Upon its completion, a new costume for Duffman, Lady Duff, became available to purchase in the store and an additional (premium) quest became available: All My Sober Ladies. Finally, another quest, Flags Available, has dialogues only and was launched after the player logged on June 25th asking them to place a few flags that were available to purchase at 5 Donuts each.

Like most previous major events, players were able to get bonus Donuts once they had unlocked the last prize in the current prize track. Every 4000 Foam Fingers, 3000 Hats and 3500 Pennants they were presented with 3 boxes containing either one, two or three Donuts. The boxes worked similar to the ones from the Bonus Levels. However instead of the usual 50 000 Cash, players had to spend 150 000 Cash to open another box.

The event reintroduced community prizes from events like Christmas 2013 and Treehouse of Horror XXIV. The community prize feature was unlocked in the event's Act 2.

Each day a new task was unlocked. Upon completion, the player received an event-related item. Additionally 800 Foam Fingers, 1200 Hats or 2000 Pennants were rewarded if a daily task was completed within 24 hours.

Tap Ball is a limited time game introduced on June 23, 2015 with the Tap Ball 2015 Event. Players could compete against each other in order to win Foam Fingers, Hats or Pennants as well as Amateur Bucks.

The event introduced a feature called Amateur Shop, which was similar to crafting during the Terwilligers 2015 Event or the Treehouse of Horror XXV Event. Items could be crafted throughout the whole event once they were available and weren't limited to a specific Act. However some of the items required the player to have progressed to a certain point in the event. All items were purchased with Amateur Bucks, but could also be obtained with Donuts.

A list of a craftable items along with their prices and requirements can be found below. 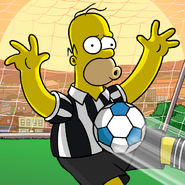 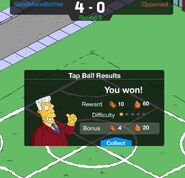 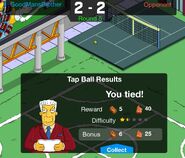 Marge versus another Springfield's Homer. 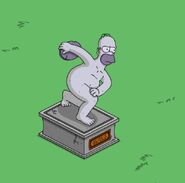 Add a photo to this gallery
Retrieved from "https://simpsonstappedout.fandom.com/wiki/Tap_Ball_2015_Event?oldid=241874"
Community content is available under CC-BY-SA unless otherwise noted.