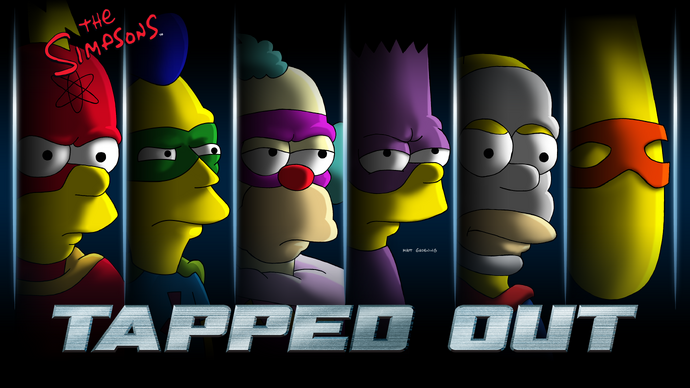 As with the most recent events, it was divided into three issues, scheduled as following:

As it happens in some major events, players were able to get bonus Donuts once they had unlocked the last prize in the current prize track. Every 10000 Brass Knuckles, 12000 Soilant Red, and 12000 Crab Juice Cans, they were presented with 3 boxes containing either one, two or three Donuts. The boxes worked similar to the ones from the Bonus Levels. However instead of the usual 50,000 Cash, players had to spend 150,000 Cash to open another box.

Once Who's the Boss Now? Pt. 3 is started, the ability to craft prizes its unlocked. Unlike in previous opportunities, this time non-consumables items are only available during each issue. If the player misses the chance then they can no longer craft them.

During the event players were able to battle their friends' heroes. One could fight three battles every day. Upon reaching a certain amount of Social Battles the player was rewarded with a prize. The following table lists all available prizes and the amount of social battles required to obtain it. 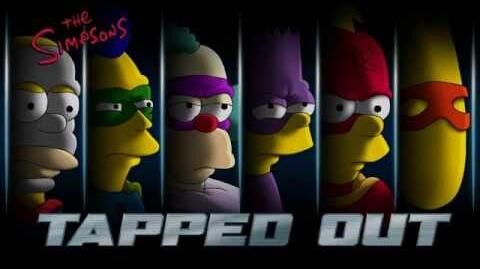 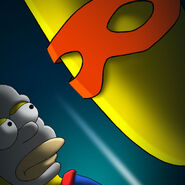 The guide to the batlle system.

A player about to enter a fight against felons.

The guide to Social Battles.

An example of some Battle Results.

The store during the event.

An example of a battle against felons.

The Boss Fight Guide, when fighting Pinchy.
Add a photo to this gallery
Retrieved from "https://simpsonstappedout.fandom.com/wiki/Superheroes_2016_Event?oldid=191490"
Community content is available under CC-BY-SA unless otherwise noted.