When players first logged in they got 20 Donuts for free.

The main questline for the event was O'Flan-again. Upon completion the player was rewarded with a Stack of Beer, which has a 0.75% payout increase. 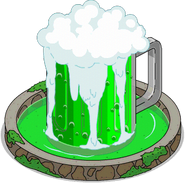 As usual, the rivers turned green for St. Patrick's Day. 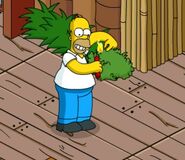 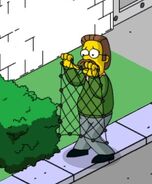 Flanders hunting Leprechauns.
Add a photo to this gallery
Retrieved from "https://simpsonstappedout.fandom.com/wiki/St._Patrick%27s_Day_2015_Event?oldid=219766"
Community content is available under CC-BY-SA unless otherwise noted.