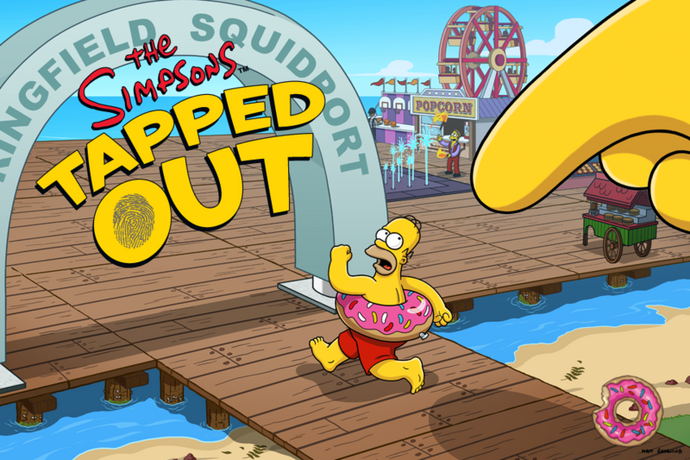 The Squidport Expansion was the very first expansion for the game. It was released on June 12, 2013 and is available to all players of Level 15 and over. It is not classified as a major event, as the buildings and features included are available permanently. The Sea Captain was introduced in this update, as he had been in the games files since March 2013. Along with the Sea Captain, six characters with no jobs were released; five of them being Boardwalk Performers and the last being Handsome Pete.

The new buildings included could only be placed on Boardwalk Sections. This made placing them especially hard, due to the fact the player has to wait to build more of them. Overall, nine boardwalk buildings were released - two being premium - and they all take up at least 4 spaces of boardwalk tile. Planet Hype and the Ferris Wheel were the only premium buildings, and were therefore not part of the Squidport quest chain. For the latter, an additional side quest was added.

Thirty new plots of land were opened up on the ocean side, and beaches automatically replaced the rocky mud edge into the ocean. Some items, such as the Houseboat, can only be placed on the ocean. Regular decorations can be placed on boardwalk tiles, but not all boardwalk decorations can be placed on regular land. Land decorations and some Squidport decorations can now be placed on the beaches. Also, fences were now able to turn a full 360 degrees with the update, and the odds and pricing for Springfield Downs changed. It will now cost the player $2000 to place a bet, and the top payout is $200000. Although this may seem good, the odds of getting the top payout are 99:1 and you may only place a bet now once every 8 hours, when before the player could bet every hour. The update also updated the Other Springfield to Level 30 for higher level players.

A little piece of dialogue between Homer and the Sea Captain emerges if you try to place squidport building on land.

Below is a list of all the new content included in the original Squidport Update on June 12, 2013.

The game's app icon after the release of the Squidport.