The Snow Monster is a limited time character that was available by spinning the Holiday Wheel during the Christmas 2013 Event. He returned as a premium item in the Christmas 2014 Event and Winter 2015 Event.

He returned again on November 29, 2017 during A Rigellian Christmas 2017 Promotion as a possible prize in the Winter Wonderland Mystery Box.

Originally he was jobless; the only interaction with the player was when he was tapped, he would take out his mop and scrub the ground beneath him. At the beginning of the Winter 2015 Event, he was finally given jobs.

He returned on December 5, 2018 during A Simpsons Christmas Special 2018 Event as a possible prize in the Winter Wonderland Mystery Box.

Won on the holiday wheel.

Snow Monster in the game.

Snow Monster when tapped as a non-playable character.

With a card given to him. 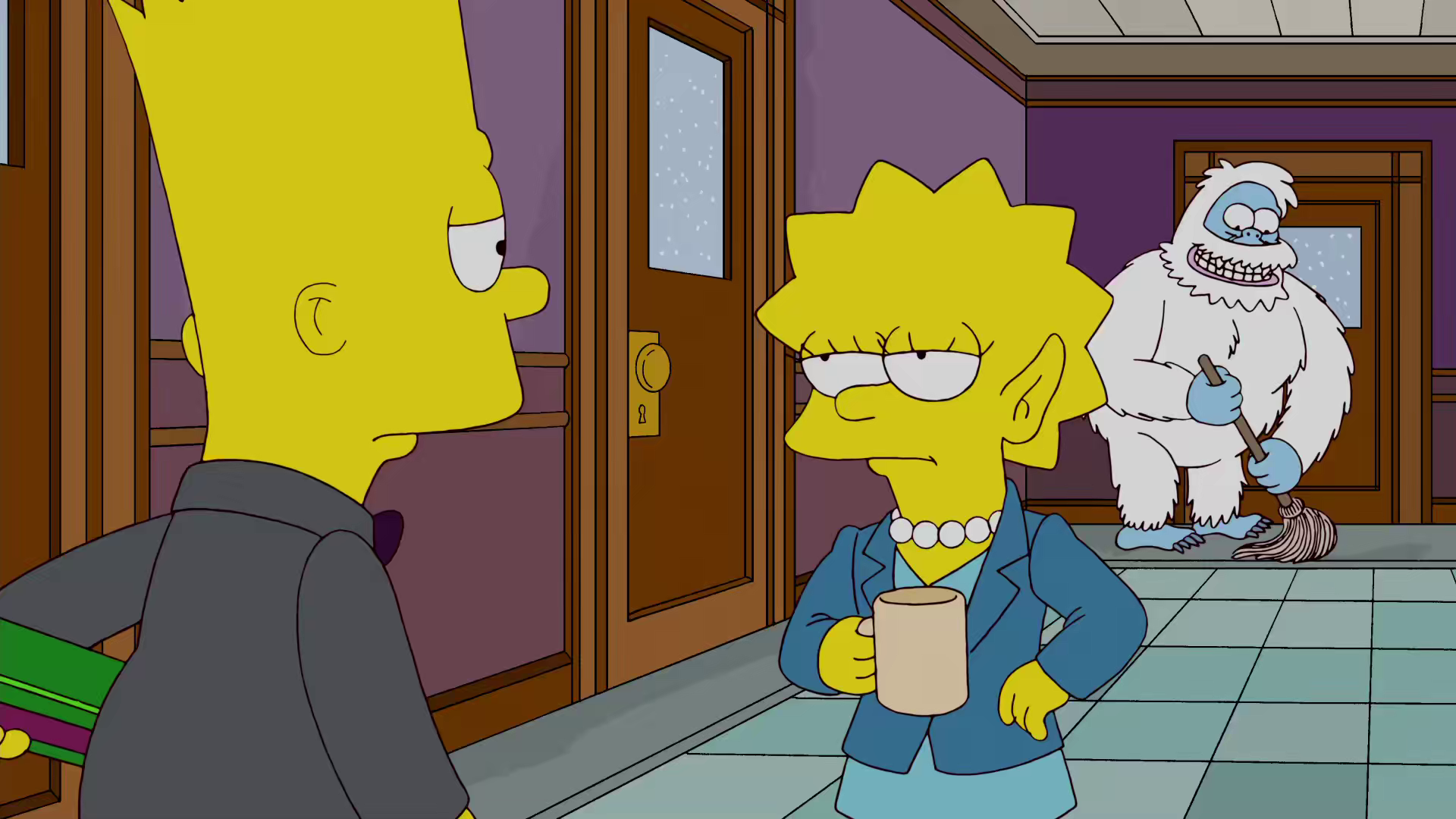 Snow Monster seen inside of Claus Co.
Add a photo to this gallery
Retrieved from "https://simpsonstappedout.fandom.com/wiki/Snow_Monster?oldid=241911"
Community content is available under CC-BY-SA unless otherwise noted.