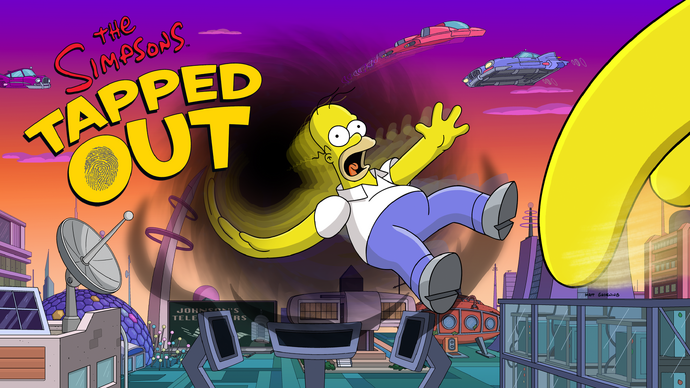 Usually like other Major Events, it was divided into 3 Acts:

For the first act, the main personal prize currency is Matter (

The PolyVac minigame can be played every 4 hours, and the main objective is to protect the PolyVac from the oncoming hordes of robots for 20 seconds. On the first act, every robot takes only one tap to be destroyed. The PolyVac can take only 5 hits before being destroyed for the next 4 hours. If the player is having troubles tapping the robots, he/she can use a flash that destroys every robot on-screen. 5 flashes are automatically awarded, and more can be obtained by buying them at the store or by, every 24 hours, collecting them at the Control Building. Starting this minigame automatically destroys every robot present on Springfield.

Like usual, this event also brings crafting, although with some new stuff. First, there is only 2 crafting currencies for the entire event, Future Bucks (

). Second, levels of crafting returned from the Burns' Casino 2016 Event, with some tweaks. Now, crafting items (with Robot Parts only) also count towards the progress to the next level. For example, to pass from Level 1 to Level 2 it is needed 600

. To pass to the next level the player can spend the 600 Robot Parts on various crafting items or spend them whole to pass instantly to next level. Every item has a demo number associated with it, that goes from 1 to 11. A demo number is the number of times an item can be crafted with Robot Parts. Once the demo limit is reached the item can only be crafted with Future Bucks. Crafting an item with Future Bucks doesn't help with the level progress.

*Will only appear if the player has unlocked the required character. 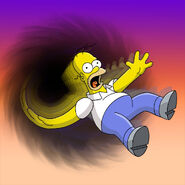 The general guide to the event.

The guide to the defending the PolyVac.

The guide to the 3D Printer.

The guide to the minigame.

Add a photo to this gallery
Retrieved from "https://simpsonstappedout.fandom.com/wiki/SciFi_2016_Event?oldid=213741"
Community content is available under CC-BY-SA unless otherwise noted.