The Rail Yard is a limited-time building released on September 4, 2015, during the Monorail 2015 Event. It was the tenth and final prize to be won in the Event's Act Three. Upon completion, Sebastian Cobb is unlocked.

It was re-released on July 26, 2016, for the Dilapidated Rail Yard Expansion, losing its limited-time status.

This permanent feature gives the player the opportunity to get 16 Track Pieces and 5 Donuts every week. The counter is reset every Tuesday. 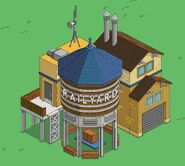 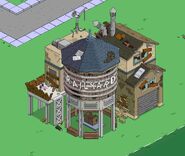 Add a photo to this gallery
Retrieved from "https://simpsonstappedout.fandom.com/wiki/Rail_Yard?oldid=246090"
Community content is available under CC-BY-SA unless otherwise noted.