On the night of their 1500th anniversary, Homer (who got to join because his father was a member) accidentally destroyed The Sacred Parchment. He was about to be banished forever, when Julius Hibbert noticed that he bore the mark of the prophesied Chosen One. Homer became their new leader, and they went out of their way to impress him and let him succeed at everything (by rigging various games in his favor). Homer felt isolated, and urged that The Stonecutters use their power to help other people. The society got increasingly annoyed with the humanitarian tasks that The Chosen One (Homer) kept setting them. The World Council suggested that Homer be killed, but Moe came up with the idea of forming a new club. The society went ahead with this plan, and the The Ancient Mystic Society of No Homers was born. 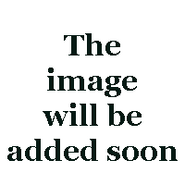 Homer in his stonecutter robes.

Number 908's task with the stone of triumph. 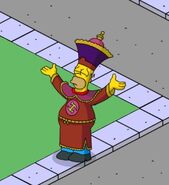 Number 908 being the chosen one.

Number 908 wearing the stone of triumph.

Number 908 getting paddled by Number 5.

Number 908 singing the Stonecutter song.
Add a photo to this gallery
Retrieved from "https://simpsonstappedout.fandom.com/wiki/Number_908?oldid=245117"
Community content is available under CC-BY-SA unless otherwise noted.