The Mutant Rabbit is a premium, limited time, character that was released on November 5, 2014 during the Simpsorama Promotional.

The Mutant Rabbit was created accidentally from the combination of a rabbit's foot, a sandwich with Bart's "nasal" DNA in it, and radioactive waste that seeped into the "time capsule" that the first two items were placed in. 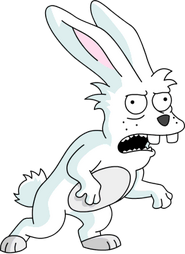 Mutant Rabbit in its Egg/Pod during the "Multiply" job. 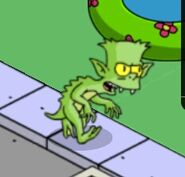 Add a photo to this gallery
Retrieved from "https://simpsonstappedout.fandom.com/wiki/Mutant_Rabbit?oldid=251914"
Community content is available under CC-BY-SA unless otherwise noted.