Monty Moneybags is an alternate outfit for Mr. Burns with different jobs. The outfit is the final prize for completing all upgrades of the Money Mountain from the Level 52 update. The outfit will go to the players inventory if won and can be activated from there.

While he isn't premium, he owns a triple payout, like Sherri and Terri. This is likely due to the large amount of money needed to get him.

In the Episode Two Dozen and One Greyhounds Mr. Burns is trying to kill 24 puppies, but is stopped by Bart and Lisa. The costume is what he wears in that scene. 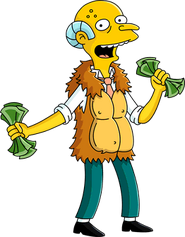 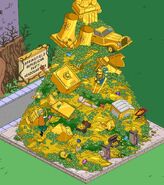 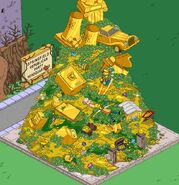 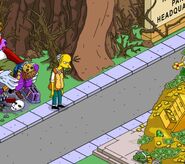 Monty Moneybags
Add a photo to this gallery
Retrieved from "https://simpsonstappedout.fandom.com/wiki/Monty_Moneybags?oldid=201185"
Community content is available under CC-BY-SA unless otherwise noted.