watch 02:34
Wiki Targeted (Games)
Do you like this video?
Play Sound

Lord Montymort's Lair is a limited time façade for the Cooling Towers that was released on October 31, 2017, as part of Act 3 of the Treehouse of Horror XXVIII Event. It was the sixth prize to be won in the event's Act 3. 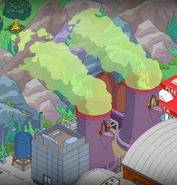 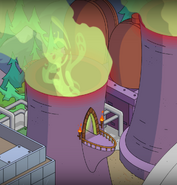 Ghosts going out of the cooling tower
Add a photo to this gallery
Retrieved from "https://simpsonstappedout.fandom.com/wiki/Lord_Montymort%27s_Lair?oldid=205334"
Community content is available under CC-BY-SA unless otherwise noted.