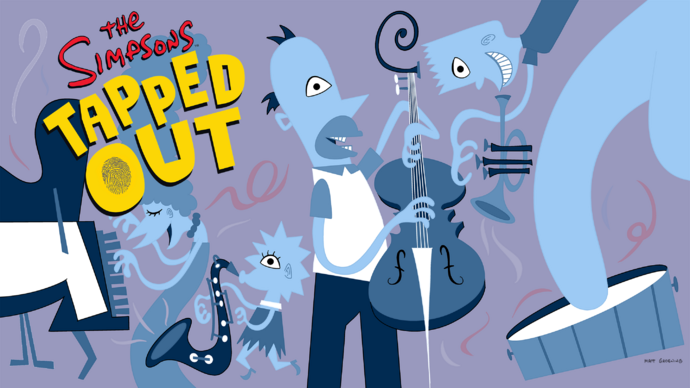 The Homerpalooza 2017 Event is the one hundred and fifty-fourth content update, the fourth major event of 2017 and the 28th major event overall. It was released on August 1st, 2017, and it ended on September 12th 2017.

Like most major events, it is divided into 3 acts:

As it happens with most major events, players are able to get bonus Donuts once they had completed the Main Quests in the current act and unlocked the fourth prize in each act. Every 5000 Cuffs, 10000 Sunglasses and 15000 Bling, they are presented with 3 boxes containing either one, two or three Donuts. The boxes work the same as the ones from the Where's Maggie? Minigame, with players having to spend 150,000 Cash to open another box.

A new mechanic was added with the event. Players could obtain Cuffs, Sunglasses and Bling by sending characters to locations that can hold Jam Sessions.

Players could craft prizes at the Kwik-E-Merch using Festival Tickets. Similar to most recent events, the player had to increase their crafting level in order to unlock more prizes. Each crafted prize contributed to the total amount of Festival Tickets needed to reach the next level.

* will only appear if previously unlocked as personal prize

During the event, new daily challenges were added following its thematic. These additions replaced the usual Daily Challenges. 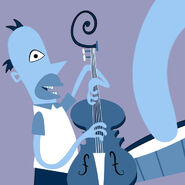 Add a photo to this gallery
Retrieved from "https://simpsonstappedout.fandom.com/wiki/Homerpalooza_2017_Event?oldid=234044"
Community content is available under CC-BY-SA unless otherwise noted.