Furious Fliers is a game that appears at the front of the E4 Convention in The Food Wife. The game is an obvious parody of Angry Birds in almost every way. 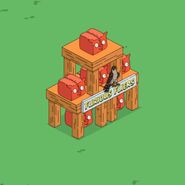 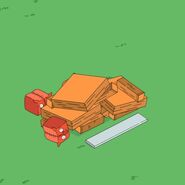 Furious Fliers when tapped (collapsed fortress).
Add a photo to this gallery
Retrieved from "https://simpsonstappedout.fandom.com/wiki/Furious_Fliers?oldid=236133"
Community content is available under CC-BY-SA unless otherwise noted.