) were a limited time currency during the Act One of the Tap Ball 2015 Event.

Like most previous major events, players were able to get bonus Donuts once they had unlocked the last prize in the current prize track. Every 4000 Foam Fingers they were presented with 3 boxes containing either one, two or three Donuts. The boxes worked similar to the ones from the Bonus Levels. However instead of the usual 50 000 Cash, players had to spend 150 000 Cash to open another box.

Foam Fingers were used to get Act One's Personal Prizes. 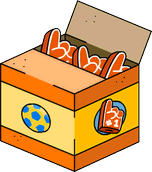 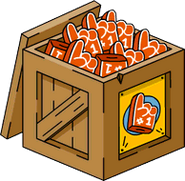 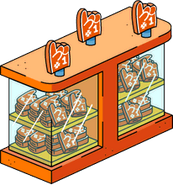 Add a photo to this gallery
Retrieved from "https://simpsonstappedout.fandom.com/wiki/Foam_Fingers?oldid=219550"
Community content is available under CC-BY-SA unless otherwise noted.