The Simpsons: Tapped Out Wiki
Register
Don't have an account?
Sign In
in: Characters, Churchy Joes, Ex Non Premium Characters,
and 14 more

Father Sean is a limited-time character that was released on April 15, 2014 during the Easter 2014 Event. He was one of the prizes that could have been won in the Gold Easter Box. He was re-released as a premium character during the Yard Sale 2014 content update and again during the Homer the Heretic 2017 Event, this last one with a rebate of 35 Donuts.

Father Sean In the Show. 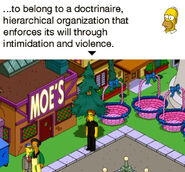 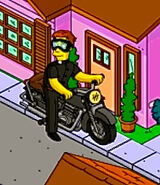 Father Sean Being Cool on his Motorbike. 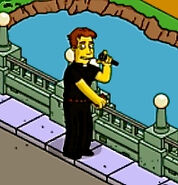