The Easter 2014 Event was released on April 15, 2014 and was the eighth major event in The Simpsons: Tapped Out.

This event introduced several new characters and moved around several character collections. With the introduction of Father Sean to the Churchy Joes, the Flanders were moved to a new collection, Flanders Family. Several of the pets were also moved around with the new category, the Exotic Animals and Pets collection.

The main currency for this event was Eggs. Players used a Bunny Stunner to zap bunnies and earn eggs. Collecting 500 of one color egg would earn the player a prize box.

Similar to the Valentine's Day 2014 Event, players could collect eggs from visiting friends but, after a certain number of actions, the number of eggs earned would decrease. Another way to collect eggs was to place Egg Baskets. When the player placed the basket in his or her own town, it allowed other players to drop off eggs in the basket. Once a certain number of eggs was collected, the basket could be emptied and the process would start over. In return, players who dropped off eggs, (blue or pink) would get the opposite color eggs, but not as many as they dropped off.

Many of the normal decorations took on spring personas, such as the Wooden Fence, Tree, and Shrub. Tulips lines the fences, the shrubs sprouted flowers and the trees gained some festive decorations.

The main quest for this event was Four-Day Weekend For Our Sins and took 9 days and 21 hours to complete. Once completed tapping bunnies gave the player a small chance of receiving a Natural Faberge Egg. A Faberge Egg was also purchasable in the store for 100 Donuts.

The prize system for this event was Easter Boxes. Each time the player stunned a bunny they got either a blue or pink egg. 500 of one color egg could be traded in for an Easter Box of that color, either blue or pink. Players could only get gold eggs by winning them from the pink or blue boxes. The Gold Easter Boxes had the top prizes.

The Blue and Pink Prize Boxes had different odds depending on which egg group the player was in. However the Gold Prize Box had the same odds for every player. See the main articles for the boxes for what those odds are.

Below is a list of all the new content included in the initial Easter 2014 Event on April 15, 2014. Please note that after the event, some or all of the items listed may no longer be available:

During the event, players were divided into two groups. The following poll ran during the event to see how even those groups were among our wikia viewers. 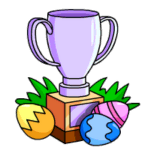 Players can help each other using Egg Baskets. 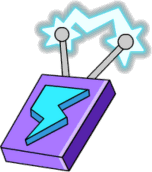 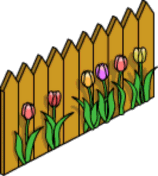 The Wooden Fence got a new look.

Hedges gained colorful decorations.
Add a photo to this gallery

Retrieved from "https://simpsonstappedout.fandom.com/wiki/Easter_2014_Event?oldid=244600"
Community content is available under CC-BY-SA unless otherwise noted.