Needed to collect:
or
Price:

Dr. Robert is a limited time character released on April 28, 2015 during the Terwilligers 2015 Event. He was the eighth and final prize to be won in the Event's Act 2.

Dr. Robert, formerly known as Dr. Robert Terwilliger Sr., is the father of Bob and Cecil, as well as Francesca's father-in-law, and Gino's grandfather. He is also the husband of Dame Terwilliger 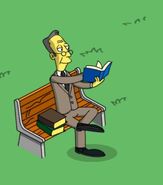 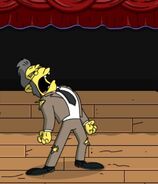 Dr. Robert performing at the Opera. 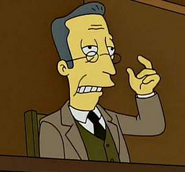 Dr. Robert in the show.
Add a photo to this gallery
Retrieved from "https://simpsonstappedout.fandom.com/wiki/Dr._Robert?oldid=225328"
Community content is available under CC-BY-SA unless otherwise noted.