Dave Shutton is a limited-time premium character that was released on May 9, 2018, as part of the Who Shot Mr. Burns (Part Three) 2018 Event. He is unlocked upon the completion of the Springfield Shopper.

Dave Shutton is a journalist who works for The Springfield Shopper. He wears a fedora similar to those worn by reporters of the 1940s. His main appearance was in the Season 2 episode Two Cars in Every Garage and Three Eyes on Every Fish, where he was the reporter who helped Bart and Lisa expose the story of the Nuclear Power Plant poisoning the water and creating Blinky, the three-eyed fish. In the Season 3 episode Radio Bart, he was the reporter who first heard "Timmy O'Toole" in the well. 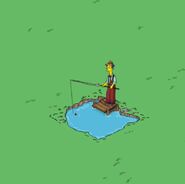 Dave Shutton Fishing for a Story (1). 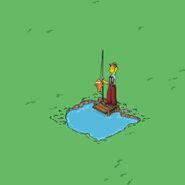 Dave Shutton Fishing for a Story (2). 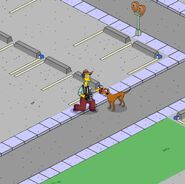 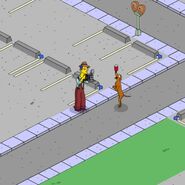 Dave Shutton Capturing the Moment Again (2).
Add a photo to this gallery
Retrieved from "https://simpsonstappedout.fandom.com/wiki/Dave_Shutton?oldid=237870"
Community content is available under CC-BY-SA unless otherwise noted.