Cthulhu is a limited-time character that was released on September 25, 2019, as part of Cthulhu's Revenge 2019 Event. He was the fifth and final prize to be won in the event.

Cthulhu is a giant monster created by the American horror writer H. P. Lovecraft. He has appeared a few times in The Simpsons: Treehouse of Horror.

* (Regular Rewards / Premium Rewards)
** If the player has M'nthster, the task is done with him, the reward is premium and the task is visual. 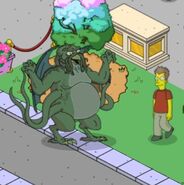 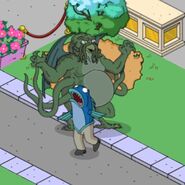 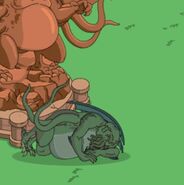 Cthulhu Dreaming of Annihilating All Life (1). 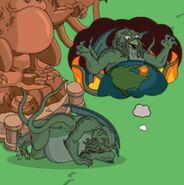 Cthulhu Dreaming of Annihilating All Life (2).
Add a photo to this gallery
Retrieved from "https://simpsonstappedout.fandom.com/wiki/Cthulhu?oldid=251997"
Community content is available under CC-BY-SA unless otherwise noted.