Coach Krupt is a premium character released on May 6, 2015 with the Level 52 update. He is unlocked upon completion of the Springfield YMCA.

He was part of a deal with the Springfield YMCA during the Black Friday 2015 Promotion. 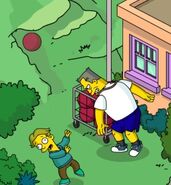 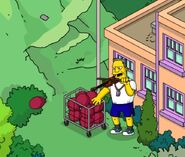 Bombardment
Add a photo to this gallery
Retrieved from "https://simpsonstappedout.fandom.com/wiki/Coach_Krupt?oldid=230815"
Community content is available under CC-BY-SA unless otherwise noted.