The Christmas Raccoon is a character which was released with the Christmas 2013 Event. When tapped it will wave its arms and legs, like it's being tickled. 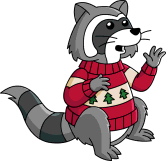 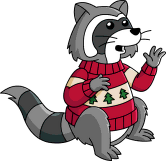 Add a photo to this gallery
Retrieved from "https://simpsonstappedout.fandom.com/wiki/Christmas_Raccoon?oldid=186503"
Community content is available under CC-BY-SA unless otherwise noted.