Superintendent Chalmers is a character who was released with the Level 34 update in August 2013. He is unlocked upon building the Springfield High School.

Gary Chalmers originally hails from Utica, New York, but has also proclaimed that he comes from Queens, New York and Intercourse, Pennsylvania. He attended Ball State University and is the proud owner of a red 1979 Honda Accord (and later, a Camry, which Otto Mann promptly wrecks).

He is more higher-rank than Skinner, and is also Shauna's father. 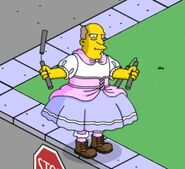 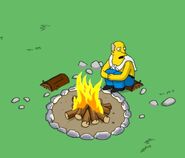 Chalmers surviving off the land.

Chalmers in the show.

Chalmers breaking character in the show

Chalmers catching some "DINNERRRR!" in the show
Add a photo to this gallery
Retrieved from "https://simpsonstappedout.fandom.com/wiki/Chalmers?oldid=256996"
Community content is available under CC-BY-SA unless otherwise noted.