Captain Bob is a premium costume for Sideshow Bob released on May 5, 2015, during the Terwilligers 2015 Event. 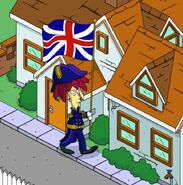 Captain Bob carrying himself with pride

Captain Bob singing the score of the H.M.S. Pinafore 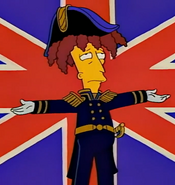 Captain Bob in the show.
Add a photo to this gallery
Retrieved from "https://simpsonstappedout.fandom.com/wiki/Captain_Bob?oldid=232306"
Community content is available under CC-BY-SA unless otherwise noted.