Canadian Flanders is a limited-time character that was released on July 17, 2019, as part of Flanders Family Reunion 2019 Event. He was the first prize to be won in the event.

Canadian Flanders first appeared in the episode Midnight Rx as Ned's doppelgänger. In the show, Ned meets him while trying to obtain cheap prescription medications in Canada. They at first get along until Canadian Flanders offers him a puff of some "reeferino" (cannabis). Ned then grimaces and mumbles, "They warned me that Satan would be attractive." 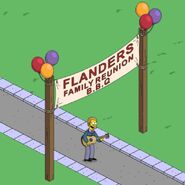 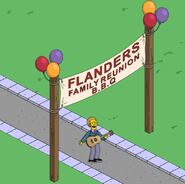 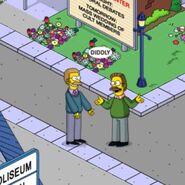 Canadian Flanders in the show.
Add a photo to this gallery
Retrieved from "https://simpsonstappedout.fandom.com/wiki/Canadian_Flanders?oldid=257327"
Community content is available under CC-BY-SA unless otherwise noted.