Obedience: +10
Burns State Prison is a limited-time building that was released on February 18, 2015 as part of the Superheroes Event 2015. It was the second prize of the event's issue 1. During the event the building produced Felons which could be fought to obtain event currency. 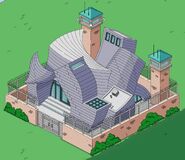 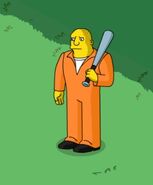 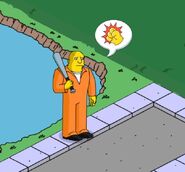 Felon looking for a fight. 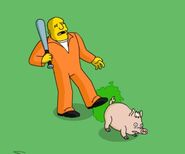 Plopper attacking a felon (with flatulence).

Felons must be attacked three times before being vanquished.
Add a photo to this gallery
Retrieved from "https://simpsonstappedout.fandom.com/wiki/Burns_State_Prison?oldid=246982"
Community content is available under CC-BY-SA unless otherwise noted.