Ignoring the Threat of Coastal Erosion

The Beach House is a limited-time premium building that was released on March 31, 2015, during the Issue 4 of the Superheroes Event 2015. 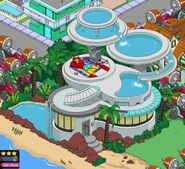 Radioactive Man relaxing on the roof of his Beach House. 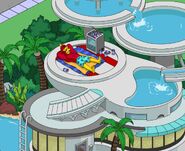 Radioactive Man shirking his responsibilities.
Add a photo to this gallery
Retrieved from "https://simpsonstappedout.fandom.com/wiki/Beach_House?oldid=193651"
Community content is available under CC-BY-SA unless otherwise noted.